The importance behind brand stories

“You cannot expect to win in a saturated, competitive, emotional industry if you have absolutely no story.” –Steven Bartlett

Storytelling has been around since the cave times when Neanderthals would create cave paintings to tell their stories. It is as old as gathering around a campfire under the stars to listen to each other’s tales. Ultimately storytelling is an intrinsic part of what makes us human. We often neglect the value and power that stories hold, when the truth is that stories build brands. The value of any of the key big brands often lives in the story than the object itself.

Let’s look at Nike as an example. According to Sole Collector, it costs Nike and an average of $28 to make a trainer that will retail for $100. The reason consumers continue to buy shoes for this price is that they want to be a part of the #justdoit culture. ‘Just Do It’ is more than just a catchy slogan, it lends itself as Nikes brand identity and philosophy. The phrase resonates with everyone from full-on athletes to those who have no connection to sports. It is the motivator to simply get out there and do it, fulfil your dreams. From the first advert launch, Nike saw a huge rise in sales and started to receive letters and phone calls. All because Nike put their story out there and it resonated with their consumers.

There was an interesting experiment completed back in 2009 called the ‘Significant Objects Project’. As a part of their storytelling experiment, Joshua Glenn and Rob Walker demonstrated the effect great storytelling has on the value of objects. For this experiment, they bought cheap, random items and asked 100 creative writers to invent individual stories on each item. They then attempted to sell the items on eBay to see if these stories increased their value. The result? They sold $128.74 worth of essentially rubbish for $3,612.51! Which is a 2,700% increase in final mark up. Pretty outstanding right? This substantially proves that as human beings we are drawn and connected to stories.

Simon Sinek has created a concept called ‘the golden circle’ designed to help us to tell better stories. This concept shifts our focus to start with the why rather than the what. This technique helps to drop the old fashioned sales pitch and focus on a more emotive tale. There are 3 parts to the golden circle – the why, how and what. 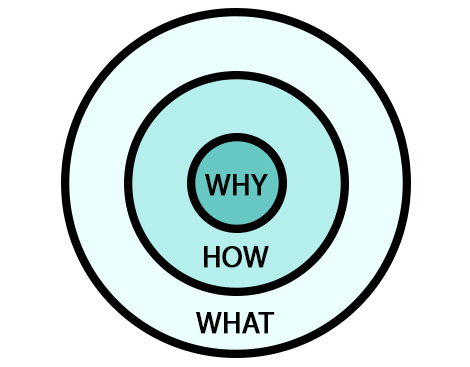 The Why and How

The ‘why’ concept is grounded in the biology of human decision making. Although it is easy to believe we make our decisions based solely off of facts and figures. The truth is that our emotions lead our decision-making processes. When we align ourselves emotionally with our customers the connection becomes much stronger. Why? Because fundamentally humans aren’t entirely rational beings. The why and how connects to a part of the brain that is responsible for our behaviour and decision making! It is responsible for those feelings of loyalty and trust.

The ‘what’ connects to a different part of the brain. It connects to the section responsible for our rationale and analytical thoughts. Helping to develop our understanding of the facts and figures we are presented with. It is still a key aspect of storytelling, backing up our emotional responses. When you team all three of these elements up you have a powerful recipe for storytelling.

Digital Body Language: What is it and how can understanding it improve your Customer Experience?