This Monday 14th November 2016, in a solar system not too far away…it won’t be a bird or a plane, of course it’s a Supermoon!

Remember to get away from the bright light of the cities this Monday as the world experiences the rare phenomenon known as the ‘perigee full moon’ or Supermoon. This phenomenon happens on average 4-6 times a year on a full moon, why so special right? Well this Supermoon will be the biggest, closest and the brightest of them all, with the world waiting over 50 years since the last Supermoon of this size, in 1948. But if you do miss the phenomenon, don’t worry, they’ll be another one in 2034.

Check out the colourful concept we’ve created to showcase and explain the phenomenon below. 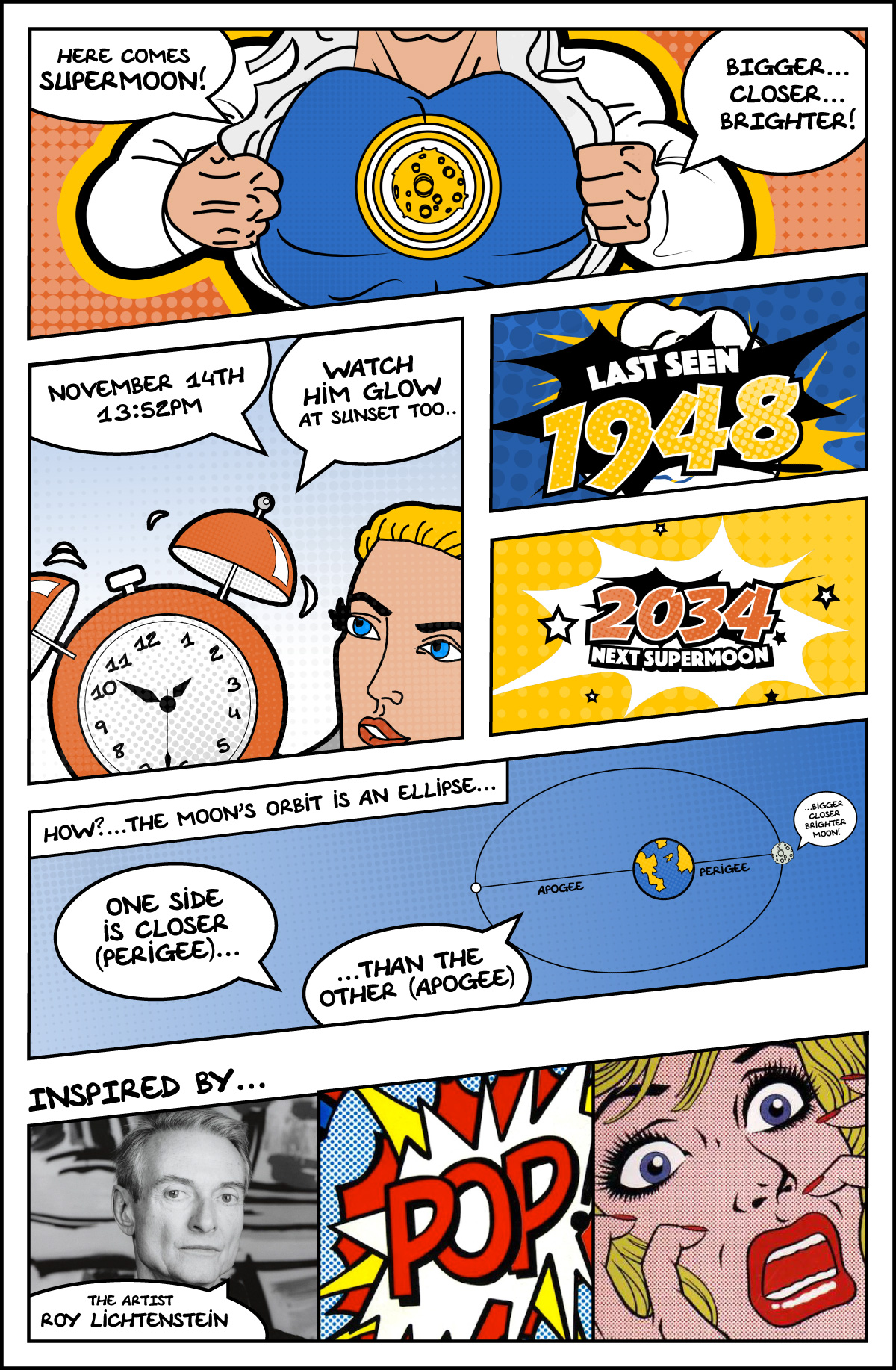 At times, it can be quite a challenge to communicate exactly what you want to say through your work, especially with such complex, often jargon orientated content, and sometimes words can be just as intimidating in communicating the solution. For many years a popular tool in overcoming this hurdle has been through the use of infographics, using complex information and communicating it in a visual manner by breaking it down into bitesize visually engaging segments. This is what we wanted to do with the Supermoon. Astronomy and astrology can be quite heavy, so instead of using words to describe the solution, we’ve used one of our favourite artists to aid us to translate the phenomenon. Playing on the super hero link in the moon name, have taken great inspiration from the limited colour palettes, crisp black lines and simple comic book stylings of the pop artist, Roy Lichtenstein.

“I’m never drawing the object itself; I’m only drawing a depiction of the object – a kind of crystallised symbol of it.”

Through looking at the object or subject, we can think how best to make the content relatable, even to the point of simplifying and finding an opposite angle to communicate its meaning; and using a parody approach through this superhero concept, which mirrored Lichtenstein’s main premise in his work. Following the artist’s example by focusing the eye on the subject matter itself, by simplifying and limiting the colour palette to 4 base colours, so not to distract the eye.